Sorry I’ve been MIA from the Weekly Photo Challenge. It’s all down to work – I have so much of it that I don’t get as much time as I would like to mess about on the internet, which is good as I work free-lance. Anyway I’m in it this week with one old photograph (the butterfly) and two new ones (the Praying Mantis). 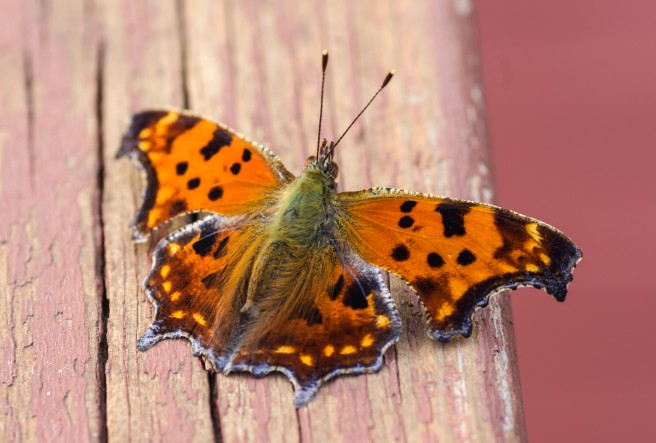 I found this beauty lurking in a folder unedited in my bugs and beasties folder on my PC (I’m currently clearing out my folders as I’m eagerly awaiting a new PC being delivered this week) Anyway a quick levels and sharpening and we have a lovely butterfly. 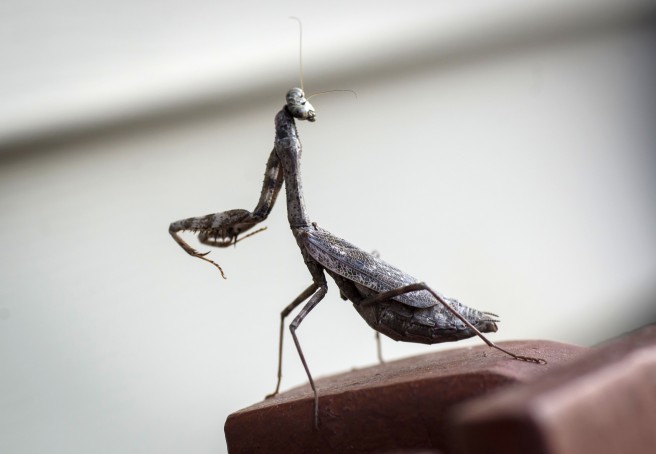 This not so pretty beastie has decided that the back of my bench is a good place to live. Now I can no longer sit on the bench… He flew (jumped?) onto my hair the first time I saw him so I think he thinks we’re friends now. He’s wrong. 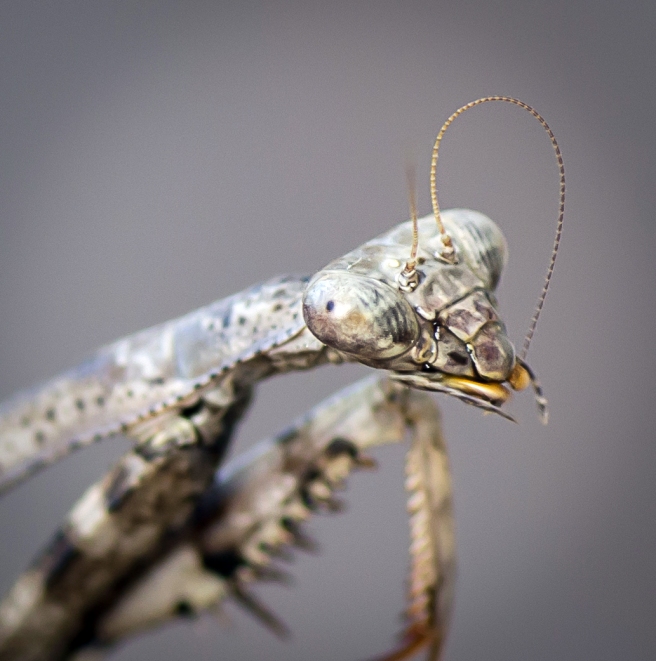 But I did name him Eric. Don’t you think he looks like an Eric? No, just me?
Scale

My recent trip home to Scotland wasn’t all party-party ye ken. Oh all right, MOST of it was party-party, but I did do some sightseeing and cultural stuff too. Despite Crossraguel Abbey being right on my doorstep (25 miles or so away) I had never visited before. I had driven past it many times, but never stopped and went in to explore. We have so much history and heritage around us we get kind of blasé about ancient buildings. It’s only now that I no longer live there that I appreciate how fabulous all of these buildings are what a great job organisations like Historic Scotland do at maintaining them.

I’m not going to go into the history of Crossraguel, mainly because I’d probably get it all wrong and this is a photography blog. I recommend you read about it here:

Anyway I had a fabulous time exploring all the rooms and photographing everything I could. Unfortunately the main building (the church) was under scaffolding so I didn’t get any photographs of that, but if you Google Crossraguel you can see how impressive it is when not covered in scaffolding. 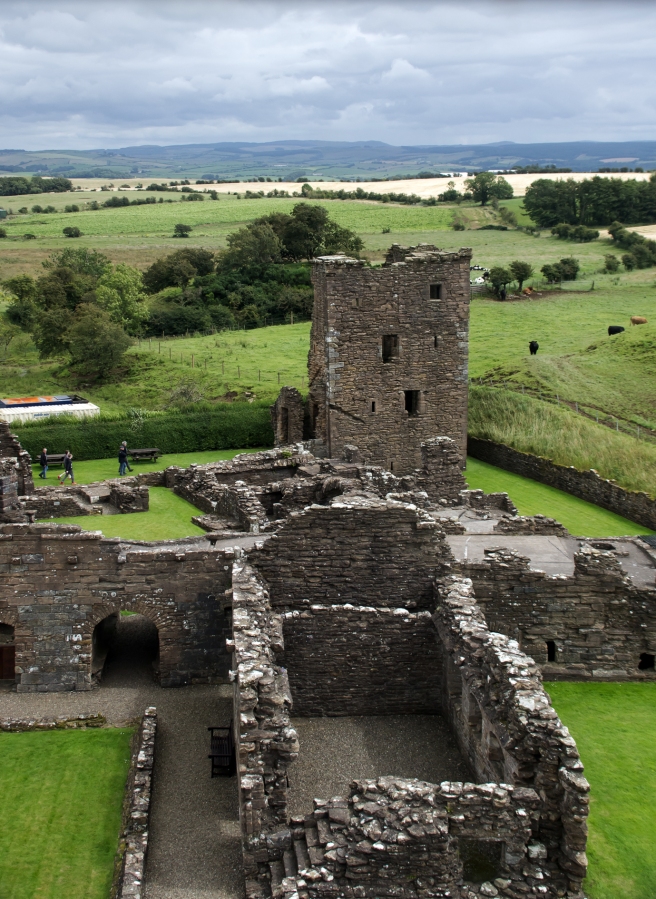 View of part of the Abbey and the Tower House with the beautiful Ayrshire countryside in the background. 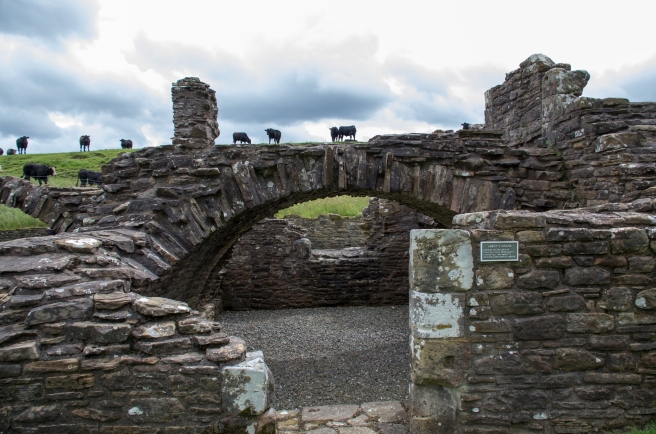 Coo’s oan the wa’…. or translated to cows on the wall. Hah, not actually. They’re on the hill behind the Abbey but I liked how they seemed to be walking along the wall. the plaque on the wall here reads “ABOTT’S HOUSE. A series of cellars at ground level originally supported the Abbot’s apartments above.” 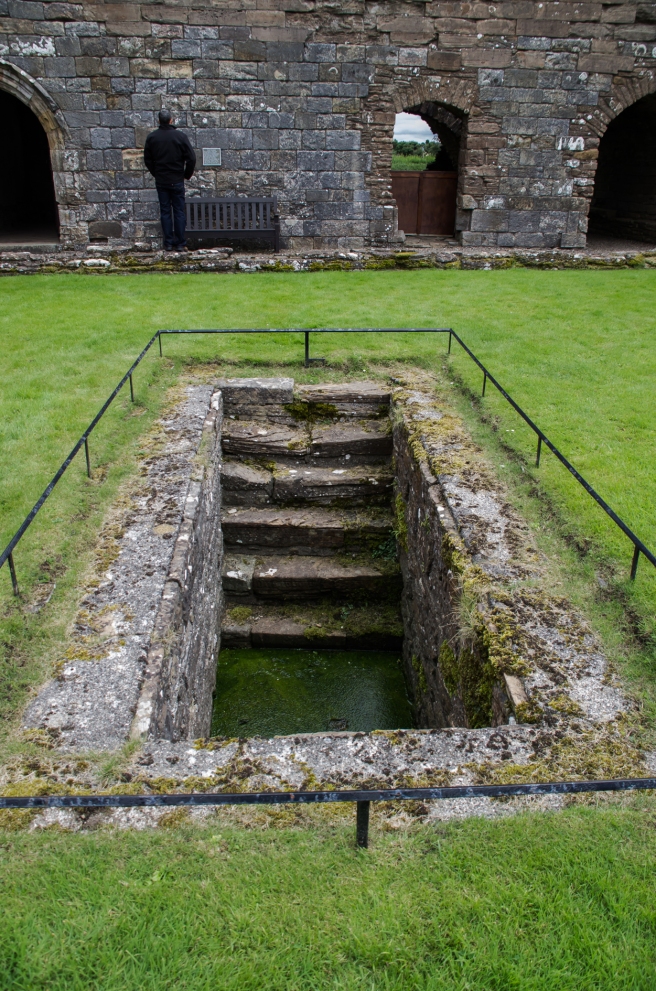 Actually I’m not sure what this was – I should have photographed the plaque and not just the hole. At first I thought it was a well, but I think I remember reading that it was actually a tomb and it’s just filled with water. I told you I’d get it wrong…. 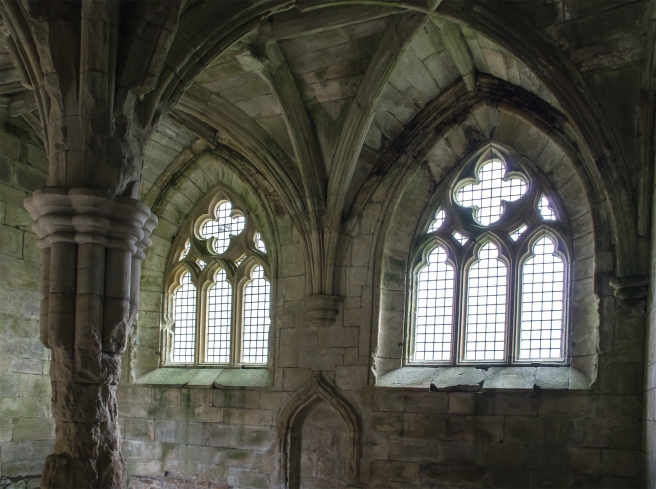 Inside the Chapter House. How fabulous is the stonework, the windows and the arched ceiling? 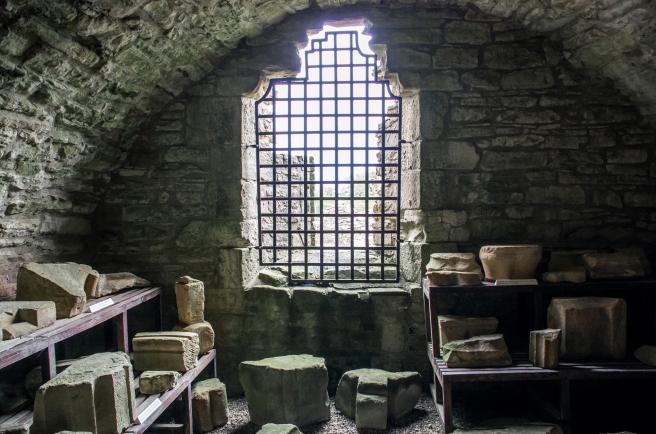 Some broken stone and pieces of carving dating back to the 12th century. 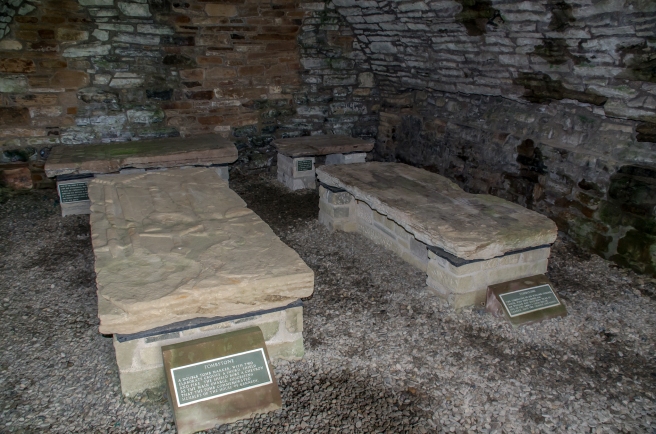 The plaque on the left reads “A double tomb marker, with two elaborate crosses, a sword, shield and pike. The shield bore a chevron as the main charge, suggesting that the tomb commemorated members of the House of Kennedy.”

The plaque on the righ reads “The tombstone of Sir William Geruan, Priest, who died 9th April 1340. Sir William may have been vicar of one of the Abbey’s churches in Carrick. Note the chalice and paten.”

With the arrival of the Reformation in 1560, Crossraguel’s life as an active religious community came to an end. The last abbot, Quintin Kennedy, died in 1564 and a commendator, Alan Stewart, was appointed by the Crown to oversee the land and property owned by the abbey.

In 1569 Stewart signed over the abbey, its lands and revenues to Gilbert Kennedy, the 4th Earl of Cassilis. According to a complaint later made by Stewart to the Privy Council, his agreement was only extracted by the Earl by roasting him over a fire at Dunur Castle.