Wildlife photography is something that I wish I could do much better. I’ve attempted to shoot, with a camera – see previous blog, the birds that come to my feeder out the back door (backyard) but only having a 90mm lens it’s pretty hard to get any decent results.

The birds round here are pretty cool anyway. We have Turkey Vultures, Owls, loads of Hawky-type birds as well as tons of Woodpeckers, but I still get excited when I see the bigger birds and feel the need to point them out to whomever is nearby at the time. Have to say Dawg isn’t very enthusiastic about me pointing them out to him if I don’t let him out to chase them!

Well one day I was driving along with my teenage son in the car only half paying attention to what he was saying when he pointed out a Hawky-type bird to me, but because I was keeping my eye on the road and couldn’t really hear him correctly I THOUGHT he said “There’s a sock monkey up that tree”

Why I would think he said Sock Monkey I have no idea, but from that day onwards all hawky-type birds have been Sock Monkeys….

Another strange thing to us now that we live in the USA is the variety of mammals – we are used to rabbits, squirrels and haggis in Scotland, but here you get all sorts. My favourite are the raccoons. That is until you get close to them and they turn into Tasmanian Devils a’la Bugs Bunny! But they look like tiny cute furry robbers so I like them anyway.

My 5 year old nephew was visiting last summer and he shouts out “Look, a giant mouse!!” whilst pointing at, well actually, I’m not sure WHAT it was. It certainly looked like a giant mouse, but was probably a possum or something. But from then on, yep, you’ve guessed it. All furry creatures that aren’t squirrels (squiggles) or raccoons are giant mice! 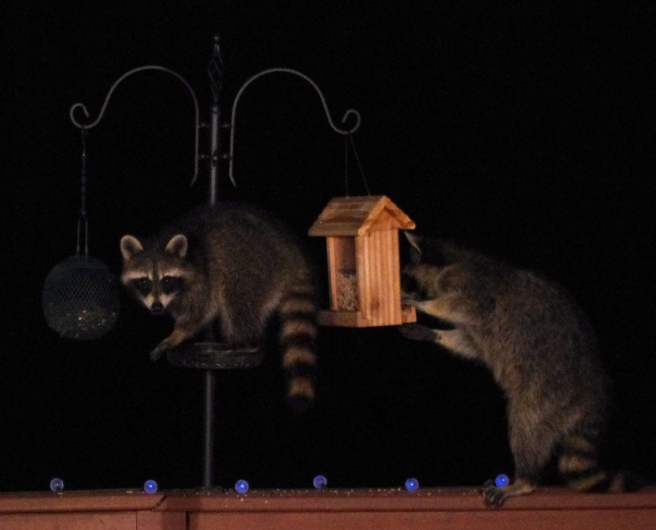 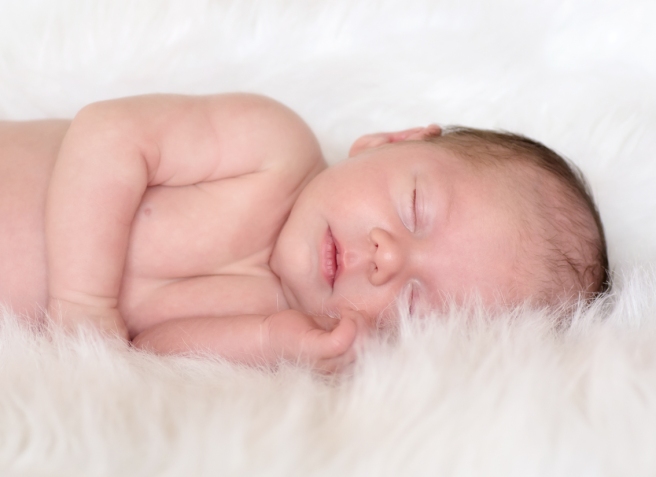 Standing in the checkout queue at Walmart having a conversation on my phone when I notice the cashier giving me a sort of horrified/shocked look. She could obviously only hear my side of the conversation which went along the lines of “I’m shooting a baby tomorrow” “No, I prefer shooting teenagers actually” Obviously I was talking about photography but I have no idea WHAT she thought I was talking about! Did I enlighten her? Did I heck! 😉 That’s half the fun of eavesdropping… figuring out the rest of the conversation. I’m the worlds worst (or should that be the worlds best?) at listening in to other people’s conversations. When I’m sitting in a restaurant or coffee shop I can’t help myself. I’ve got to listen! Slightly deviating from the eavesdropping side of this to me simply being nosey – my poor husband was rushed into hospital with his appendix nearly at bursting stage. Whilst sitting in the cubicle with him lying in agony on a trolley I noticed loads of nurses peering in through the small glass window on the door and giggling. After about 10 minutes of this a doctor comes in the room and asks him “Is it still stuck?” Husband being a bit out of it just looks at him in agony, clutching his side as the doctor picks up his paperwork then says “Oh, wrong patient” and walks back out the door. Meanwhile I’m sitting there going “Noooooo, come back…. is what stuck where???” Never did find out who, what, and more importantly why!! 😦 People watching and being nosey is so much fun though – but only to a certain extent. I want all my nosiness to have happy endings and my world to stay all pink fluffy clouds and happy unicorns prancing around. I don’t want to eavesdrop into unhappy lives or sad stories. Yes, I do live in a dream world! DISCLAIMER: No babies were harmed in writing this blog!

The photography thing is also going well……… again not!!!

But at least I’m doing not too bad with the healthy eating kick and the exercise! Went back to Zumba for the first time in months and I DIDN’T DIE…. so I’m counting that as a major success! Also resumed my swimming, but I have a major problem with swimming in that I hate other people being in the pool with me. When I go to the pool I really want to be able to reserve the whole thing JUST FOR ME!! Is that being selfish? Hell Yeah!!! Not sure what’s worse though – all the old biddies who stand about in groups chatting or the water-walkers…. actually both are just as bad as I have to swim round both these kinds of people. I also hate people who can swim front crawl (freestyle) really well. I can totally swim breast-stroke and back-stroke fine, but when it comes to front-crawl I’m like a dying duck in the water, gasping for air and blinded, even with goggles on!

Oops, this has kind of turned into a rant, and it was really supposed to be about the death of New Year Resolutions.

My new New Year’s resolution – I must not rant on blogs!

So as I’m sitting at my PC trying to think of a ‘dream reader’ my 12-month old puppy just won’t stop pestering me to come play with him and I think to myself – I’ll just write to my dog (because after all, we talk to them as if they’re human, don’t we?) and if he were able to read I’d definitely want my dog to read this – coz he thinks I’m the best thing ever! 😉

Anyway for want of a better reader or idea here goes….

You might not be the best behaved dog in the world. You make the worst lap dog EVER (no matter what you think a 65lb dog is just TOO big to sit on my knee). You might be the best (or worst) thief and sock-eater. You might have cost us over a thousand dollars for an emergency operation when you ate a toy and it got stuck in your small-intestines. You might bark and scare the neighbours and jump on all the visitors and sometimes it’s like living with a Shetland pony. BUT I just want to thank you for all the happiness you have given me in the last 10 months and also for your unconditional love.

ps. You stink and need a bath!

Thought I should maybe throw a photograph in this blog-thing at some point…. this was taken last summer when I was back home in Scotland. The Kelpies are amazing and wish I had been there at night to see them lit up.

I’ve always hated those meetings where you’re sitting round a table and you have to introduce yourself and tell everyone a little bit about yourself. Yesterday’s assignment felt a bit like that to me so I just wrote something silly (which I don’t think counts as a real blog) (but this one probably DOES count as a ‘real’ blog, so yayy, my first ever blog today) 🙂

Anyway, meetings, yes – don’t you just want to stand up and say “My name is Obi-Wan Adobe and I’m a ninja-jedi warrior” (photography/graphic design pun there non-designerey people)…. which of course is daft because they would obviously know you were a jedi already (due to the light-sabre) but I’m pretty sure it’s forbidden to tell people you are a ninja (maybe some ninjas out there can enlighten me on that point for future reference?)

Well this is why I’ve started blogging. I now work from home and no longer work in an office where we can have hour long discussions on the merits and qualities that make up the perfect elf (Legolas).

Oh and I will post some photographs too, but mostly I’ll probably just start blethering about whatever randomness is bothering me that specific day.

Use the force my friends!

Middle-aged Scot living in the USA

One of the above statements is false