Working from home gives you loads of time to procrastinate (Blogging anyone?) but on the whole I’m pretty good at being diligent and working hard. So much so that sometimes hours can have passed by and I haven’t taken a break or moved much from my PC. My biggest distraction is probably this….

Anyway today I decided to take advantage of the 90+ degree and go sit outside for a wee half hour with a cup of tea and my book and put my feet up…..

It’s just a bit of wind and a few clouds I though (I’m a glass half-full type) and decided to brave it out. It was still warm and a bit breezy (or as we would say in Scotland “It’s a guid drying day fur the claes”) but when the rain turned to hail and the wind turned to hurricane level I decided the weather had won and went inside. Ah well, there’s always this….

Tea and biscuits and procrastination anyone?

It’s spot the crazy foreigner time… we’re the ones out in the storm going “Ooooh! Ahhhh!” whilst the tornado siren is going off in the background. The first time a tornado warning went off after we moved to the US we went rushing out to the deck with our ice-creams to watch the sky. 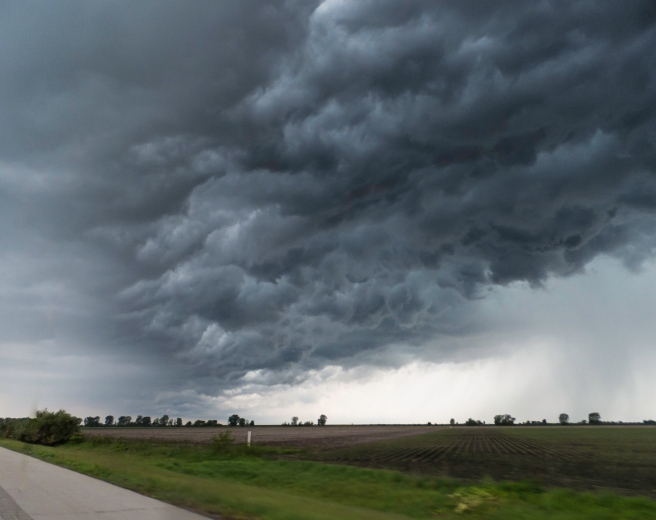 Actually these photos were all taken from a moving vehicle – don’t worry, I wasn’t driving – so the quality isn’t the best but it was such a cool storm I had to snap it. 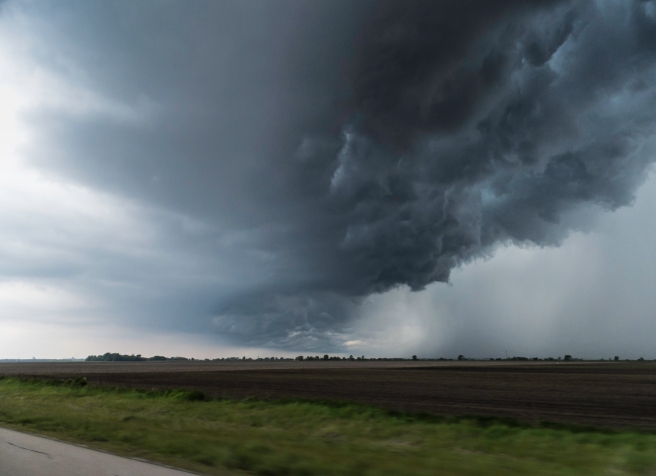 Love the storms we get here in the Mid-West. They’re so…. trying to think of a good word for it…. monumental. That’s a good word! But most of the time they bluster out in about an hour or so. 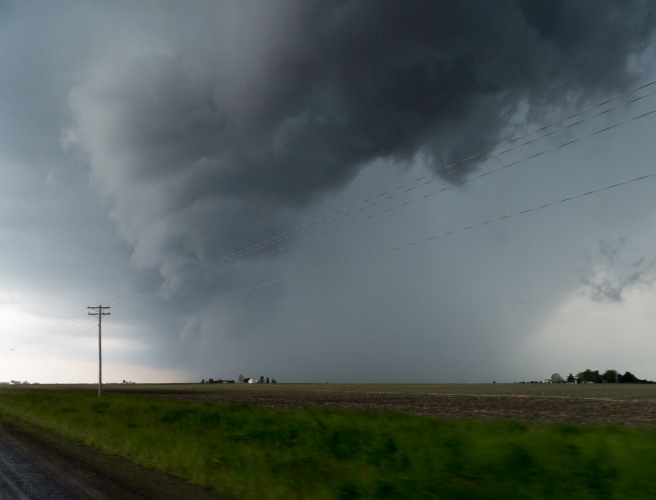 Anyway we beat it home – my mum was driving like a bat out of hell. She didn’t want her new car to be dinged by the hail!!! 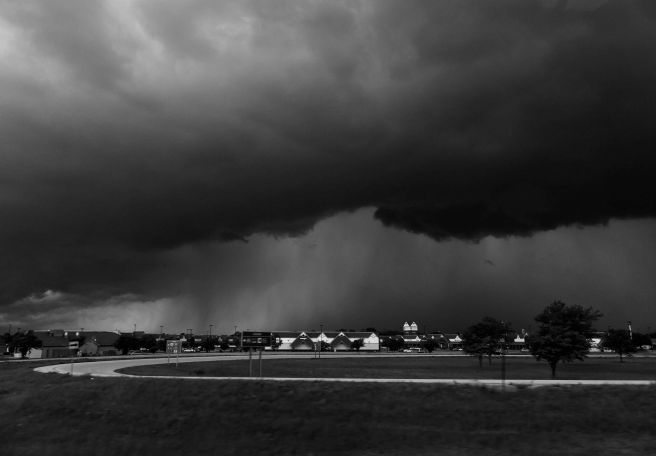 Had to post-process at least ONE of them with a bit of OTT Photoshopping.

As a PS, I know tornados and storms are not a laughing matter for the people affected by them so no offence meant.